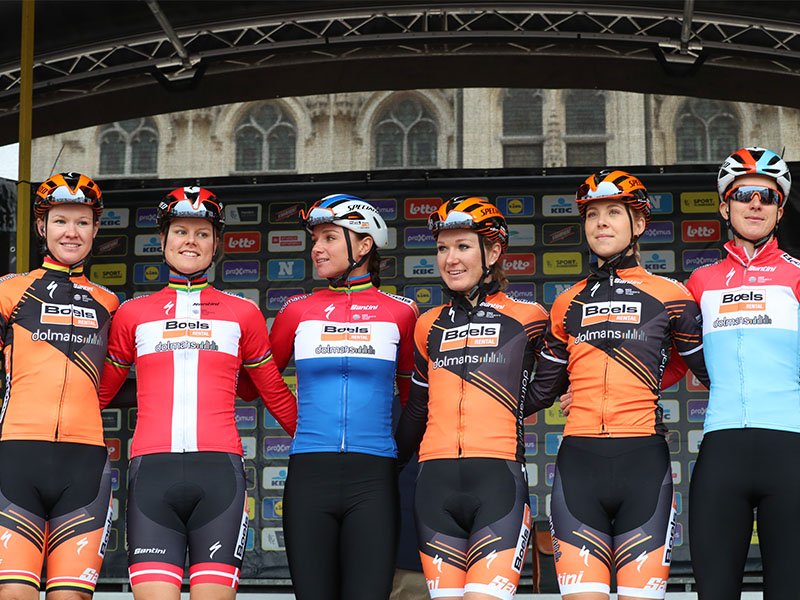 Boels Rental will be stopping as the main sponsor of the Boels Dolmans Cycling Team at the end of 2020. Together with Dolmans Landscaping, Boels has been the main sponsor and namesake of the extremely successful women’s cycling team since 2012.

“We have achieved our main goals of increasing our brand awareness and visibility,” explains Pierre Boels, CEO of Boels Rental. “The sponsorship has also created a sense of internal involvement and team spirit”. On the one hand it is a great shame, of course, but at the same time we are enormously proud that our efforts have helped push the team to such great heights. It goes without saying that cycling, and women’s cycling in particular, will always be close to our hearts”, Pierre Boels emphasises.

Best performing women’s team
Women’s cycling has been enjoying increasing popularity in recent years, thanks in part to events such as the World Tour for Women and the live broadcasts associated with it. The Boels Dolmans Cycling Team has been the best performing women’s team in the world for the past four years and, since 2015, the undisputed number one on the UCI ranking of the women’s elite. Big names in the team include Anna van der Breggen, Chantal Blaak, Amy Pieters and Jolien D’Hoore from Belgium.

Together with Boels, the women’s cycling team can look back on eight very special and successful years. Anna van der Breggen became Olympic champion on the road in 2016 and the team produced a UCI Road World Championship winner for four years running.

Other successes include first place at the World Team Time Trial Championships in 2016 and the individual European Championship of Amy Pieters in 2019. The team has also been victorious in a large number of cycling classics, including the Amstel Gold Race, the Tour of Flanders, La Flèche Wallonne, Liège-Bastogne-Liège, the Giro Rosa and the Strade Bianche.

Other news and articles

Boels Keeps You Going. However big or small the challenge. Literally.
1 December 2022