5 questions about the Zutendaal bridge 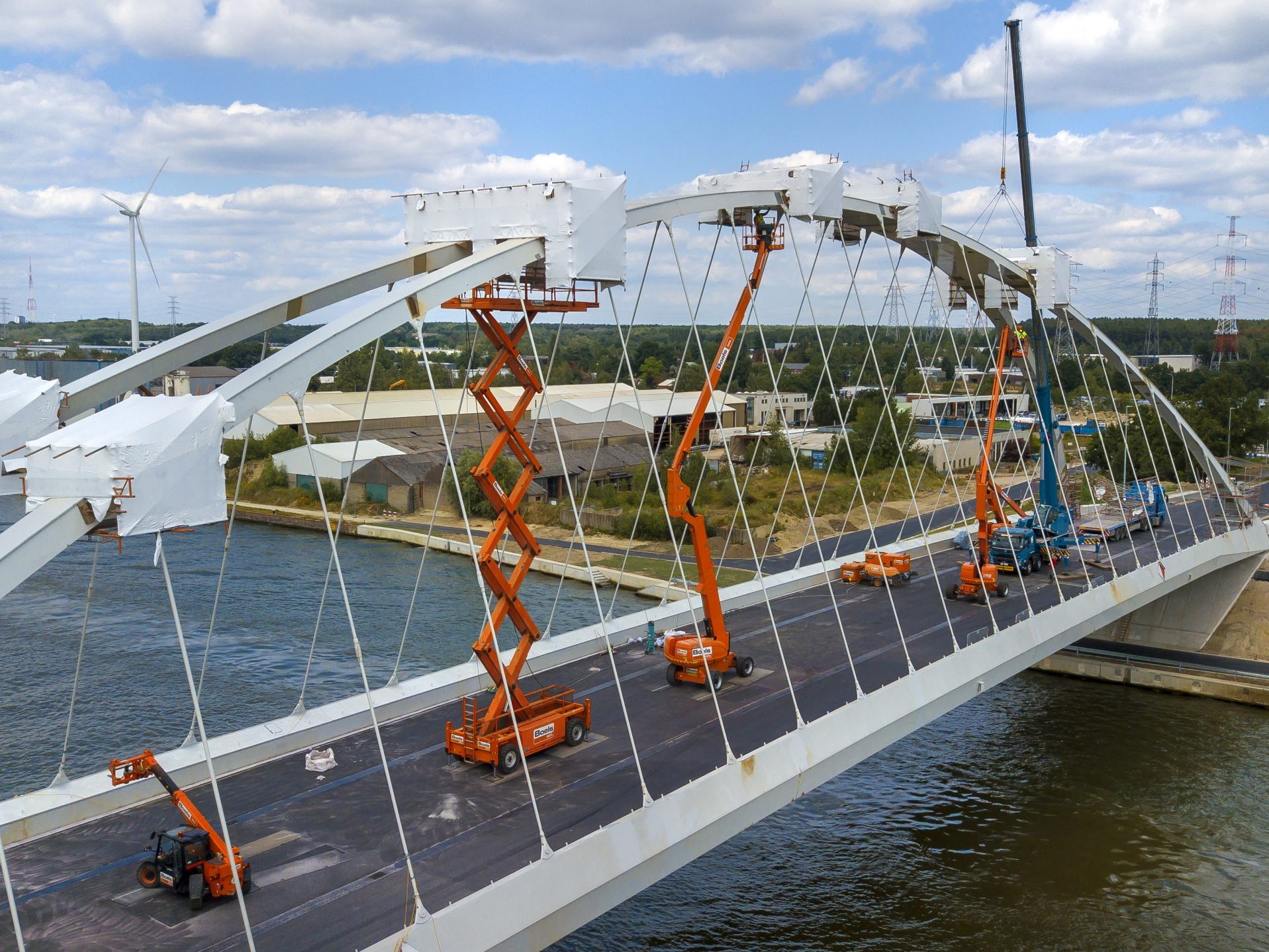 What can you tell us about the project?
The Belgian water company raised the bridges over the Albert Canal last year. The Albert Canal is the most important waterway in Flanders, Belgium. The installation of newer, higher bridges make it possible for ships to transport up to 4 layers of containers. This means about two million fewer lorries a year on the Belgian roads.

What is special about this project?
The sheer size of it. Not only are bridges being raised, part of the Albert Canal is also widened and deepened and pumping stations and hydropower stations have been updated.

What is the role of Boels in this project?
Boels worked for an Italian ship and bridge building company, who built several bridges for this massive project. Such as the Zutendaal bridge. This steel arched bridge was made in Italy and was assembled with Boels machines along the waterfront in Belgium.

Boels also supplied a number of aerial platforms. What were they used for?
The bridges could only be sandblasted and painted after installation over the canal. Workers used telescopic aerial platforms with a working height of 43 metres to paint the steel. Boels also supplied scissor lifts and telescopic boom lifts with lower working heights for sandblasting and painting.

When did the new Zutendaal bridge open?
Last year June the bridge opened for traffic. Pedestrians and cyclists were able to cross the bridge earlier.

Other news and articles

Boels Keeps You Going. However big or small the challenge. Literally.
1 December 2022